A few years ago, Tim Ma was making a name for himself as one of D.C.’s most exciting chefs. He was the head of a Bib Gourmand kitchen, garnering acclaim and full dining rooms during a boom time for DMV dining.

Then the pandemic hit. Oddly, Ma was well-positioned.

“I feel fortunate I didn’t have all these restaurants at the beginning of the pandemic,” Ma explains. “I felt really, really bad for those who had to navigate the pandemic with three restaurants or more.”

At the time, Ma was executive chef at American Son at Eaton, a consulting chef at Bar Chinois and culinary director at Laoban Dumplings. While juggling three positions, Ma wasn’t navigating three restaurants with three different teams, payrolls and rents.

Ma was able to transition his workplace, American Son at Eaton, into an essential kitchen.

“When the pandemic first hit, I was still at Eaton. I don’t know what the word is, like serendipitous or kismet. I had the resources to flip and turn that into a kitchen for World Central Kitchen. We were cooking the meals and providing them to WCK. I feel fortunate I had something like that, to utilize those resources for something good for the community.”

That was at the start of the pandemic. A few months later, in May 2020, Ma co-founded Chefs Stopping AAPI Hate along with chef Kevin Tien of Moon Rabbit.

According to Ma, it was a natural extension of his philanthropic works.

“My restaurants have always supported a bunch of nonprofits like DC Central Kitchen and No Kid Hungry,” Ma says. “When we started [Chefs Stopping AAPI Hate], it was really just second nature for us. When we saw it had so much momentum behind it and so much support from the industry, we were like, ‘You know, this is a real thing.’”

Since its launch, Chefs Stopping AAPI Hate has raised thousands of dollars for local AAPI organizations across the country that work to stop anti-Asian racism. They’ve been profiled on “The Today Show,” in Food & Wine, Forbes and Resy. Their events attract Michelin-level chefs who are ready and willing to donate their time. It’s a silver lining to an extremely unfortunate situation.

“Gathering this many Michelin-level chefs was actually kind of easy because everybody was just so in for it,” Ma says. “For most of those guys, Monday was their only day off. They gave up their only day off. We had so many volunteers. It’s brought D.C.’s community pretty close together in ways we probably would not have seen if it wasn’t for the pandemic.”

The reasons behind the nonprofit aren’t positive. The effect, both financially and emotionally, is positive.

“Sometimes in the restaurant industry you can feel soulless and a grind. Having an organization like this goes hand-in-hand with what we’re doing. It gives a really good sense of purpose.” 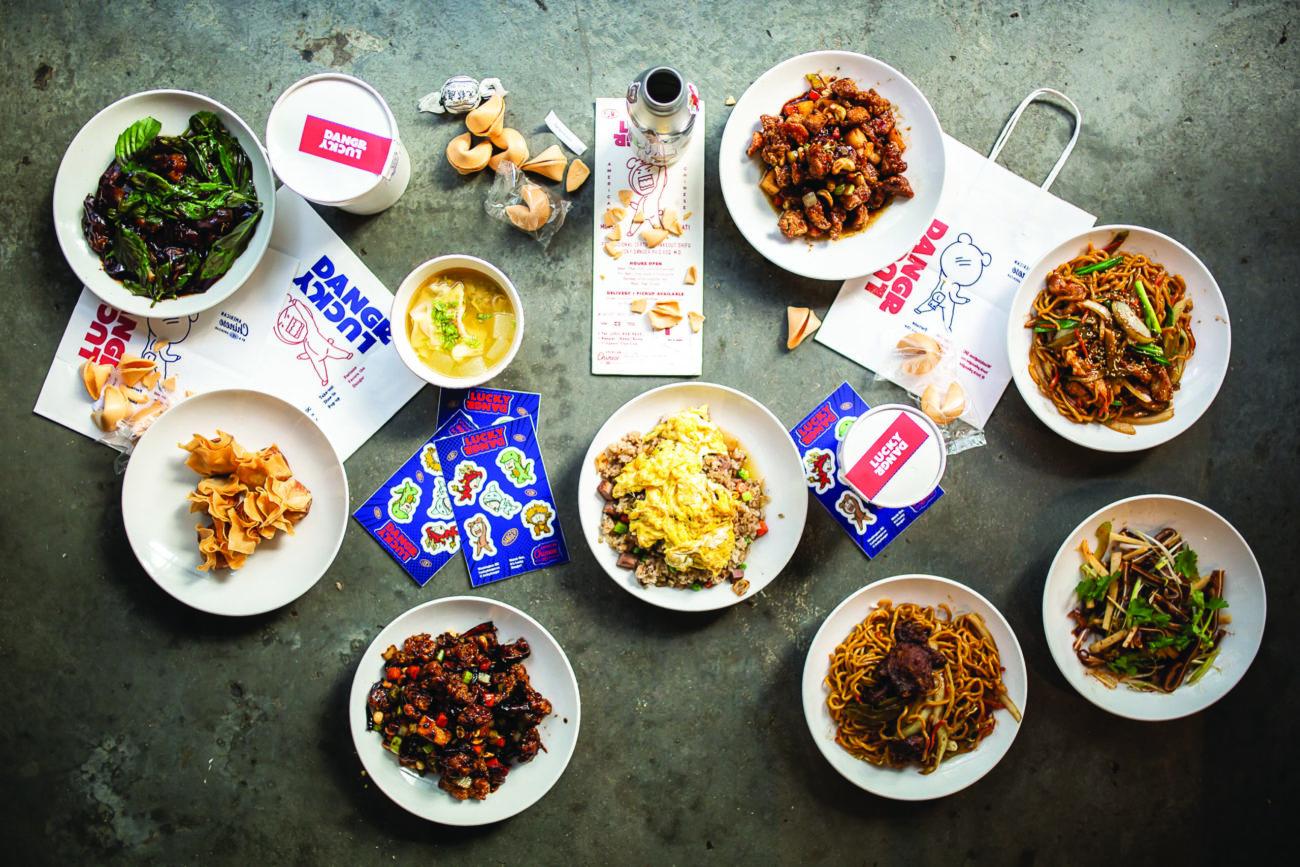 Lucky Danger. Courtesy of the restaurant.

“I feel things happened at the right time for me and it allowed me to start something like Lucky Danger.”

It was definitely the right time. In the less than two years it has been open, the restaurant has received raves in The Washington Post, New York Times, Washington City Paper, Eater and by diners. It’s going really well for Ma. It’s not where he thought he’d be.

“It’s funny because this is the first time in my cooking career I don’t have a full-service restaurant to go to, which is just not where I pictured I’d be at this point in my career. That’s a very positive statement.”

May is AAPI Heritage Month, and Ma is staying positive with his work — both in the kitchen and outside it — by shining a light on other AAPI restaurants.

“We want to take the month of May to raise as much awareness as we can. The anti-Asian hate incidents are still happening. They’re just not as publicized as they were last year. I hope we’re able
to raise that awareness in the month of May. Supporting the AAPI businesses in D.C., the old ones and the new ones, is very important.”

Since May is AAPI Heritage Month, we asked Ma for some of his favorite AAPI destinations. From old to new, drinks to dessert, he has you covered.
Old School

“Panda Gourmet is another one of my go-tos. They have dishes you won’t find on other Chinese menus. There’s a flounder with pickled cabbage and chili dish I always get there. It’s one of the reasons I had it on Lucky Danger’s menu at one point.”

“Obviously, I’m going to shout out Kevin Tien, co-founder of our nonprofit.”

“Everybody swears by Rose Ave Bakery, an Asian American bakery at The Block Food Hall. And you will wait in line. Rose Nguyen sells out often, so you’re warned.”Editor’s note: Chef Ma is correct. From the Rose Ave Bakery FAQ: We recommend setting an alarm and being ready to fully complete check out because things get sold out rather quickly.

“Silver Lyan, in the basement of the Ritz Hotel, is really great. They just did a recent collaboration with Katana Kitten. They have a really great cocktail program.”