Stuck on Where to Eat This 14th? 14 Dining Options For You + Your Valentine
Home » Articles » Music » 15 Local Acts You Need to Know

Looking to hyper-localize your playlist? The talented members of DC’s music scene have been hard at work creating and connecting through their music this year, and we rounded up some standouts to add to your Spotify queue, catch on tour and share with your friends. On Child Ivory’s Facebook page, there are only two influences listed: Beach House and Fleetwood Mac. While I’m sure other musicians have influenced them (and they do disclaim they rarely use the social media platform), it’s easy to hear the way both bands have inspired the DC outfit. Their witchy, dreamy instrumentation is sleek and electronic, while vocalist Caleb Darger’s clear tone is evocative of their 60s and 70s pop forbearers. The band, made up of Darger and Pica Nagano, released their Underwater EP at the end of August, a beautiful collection of five songs perfect to soundtrack the changing of the seasons. Follow @child.ivory on Instagram. Clones of Clones have been making appearances on the DC music circuit for the better part of the decade. Three of their four members are DMV natives and have kept busy this year with no plans of slowing down. They kicked off a campaign to release a new single each month leading up to a new record, starting with the single “Mine,” which even landed on Spotify’s “All New Indie” playlist, exposing it to over 900,000 people who subscribe to that playlist. Since then, they’ve gifted listeners new tracks at the beginning of each month – and while the world eagerly awaits the album dropping in full, looking forward to monthly releases is a sure glimpse into another record full of indie rock gems from this beloved DC band. Visit www.clonesofclones.com for more, and follow @clonesofclones on Instagram for updates on new releases. The Colonies
It’s been a big year for The Colonies. The band formed at George Washington University and started off playing shows in the basement of their dorm. They recently graduated (literally and figuratively) to bigger and better things – namely, opening for fellow alt rockers Judah and the Lion on the notably larger stage of The Anthem. Even while navigating post-grad life and a change in their lineup, the four-piece has been steadily releasing gems like “Potomac” and “Do Nothing With Me” while gracing stages large and small throughout the District. Follow @thecoloniesdc on Instagram for more.

Color Palette
This five-piece band led by DC native Jay Nemeyer is rounding out the year with a celebration – they’ll be headlining Pie Shop for an album release show on Friday, November 8, marking the synth-pop outfit’s second record being gifted to the world. One fifth of the group, Maryjo Mattea, is also performing as the opener, for an EP release set around her solo work, before rejoining the group for even more new jams. If you’re a fan of pop in the vein of the synth heavy 80s greats and chill wavers of today, you won’t want to miss this show or new album. Follow @colorpalettedc on Twitter for updates and visit www.pieshopdc.com for tickets to the release show at Pie Shop on November 8. Company Calls
Loud and screechy but melodic: this DC punk-pop outfit combines several genres with tremendous success, but most notably is their affinity for old fashioned fast rock. Their latest release Diabólica is a blend of all their greatest strengths, especially their affinity for a quick pace, as most songs don’t top two minutes. Longer lyrics don’t necessarily make the music more profound or meaningful, however. I think we can all agree on one thing, if all company calls were less than two minutes, society would probably be a better place, so maybe this band is on to something. For more Company Calls, visit www.companycalls.bandcamp.com. Dior Ashley Brown
Dior Ashley Brown has been enmeshed in the DC music scene since long before her career took off. A native of the city, Brown got her start making creative waves at the famed Duke Ellington School of the Arts. Now an advocate for local music, emcee, musician and poet, Brown graces the DMV with her powerful pipes and intense love for our city’s fellow musicians, making the erudite musician a threat of more than just three talents. Visit www.diorashleybrown.com for more. 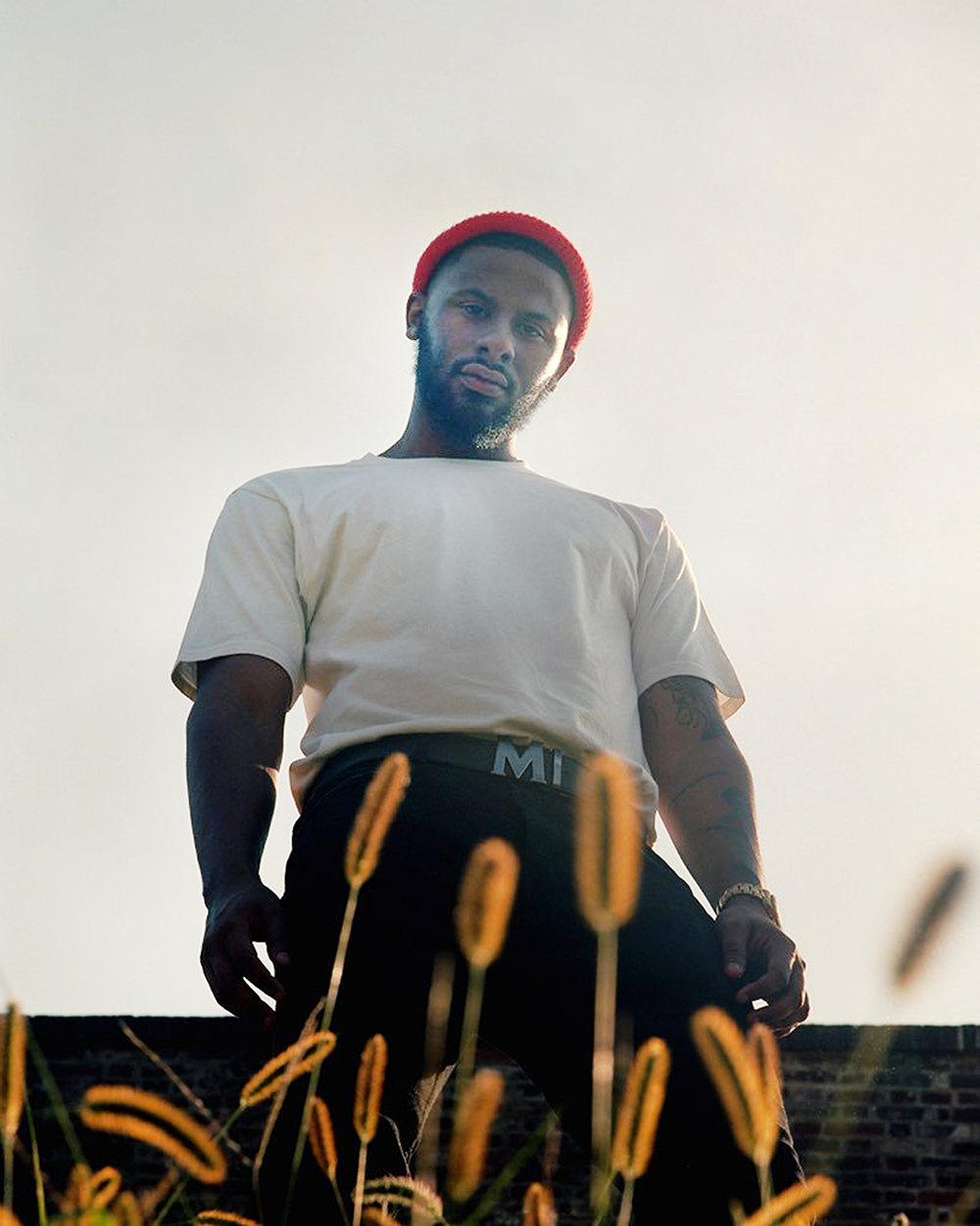 The Experience
I’m not going to lie or pretend I plucked The Experience’s All For You EP out of a local music bin at some version of a DC big box store. Instead, this smooth rapper found me, and through this serendipitous act, I was able to hit play, sit back and get some experience. The only way to describe his flow is easy-going and playful, and whether he’s tinkering with the volume or inflection of his voice, he’s always got a witty line and a dynamic hook. A lot of his All For You tracks stem from a stint recording in California, and that style of hip-hop (which I can only describe as sounding like palm trees look) suited the DC local’s sensibilities extremely well. So, while The Experience is early in his career, with only a few official releases under his belt, his sound is refreshing. Follow The Experience on Twitter @ItsTheEXP. 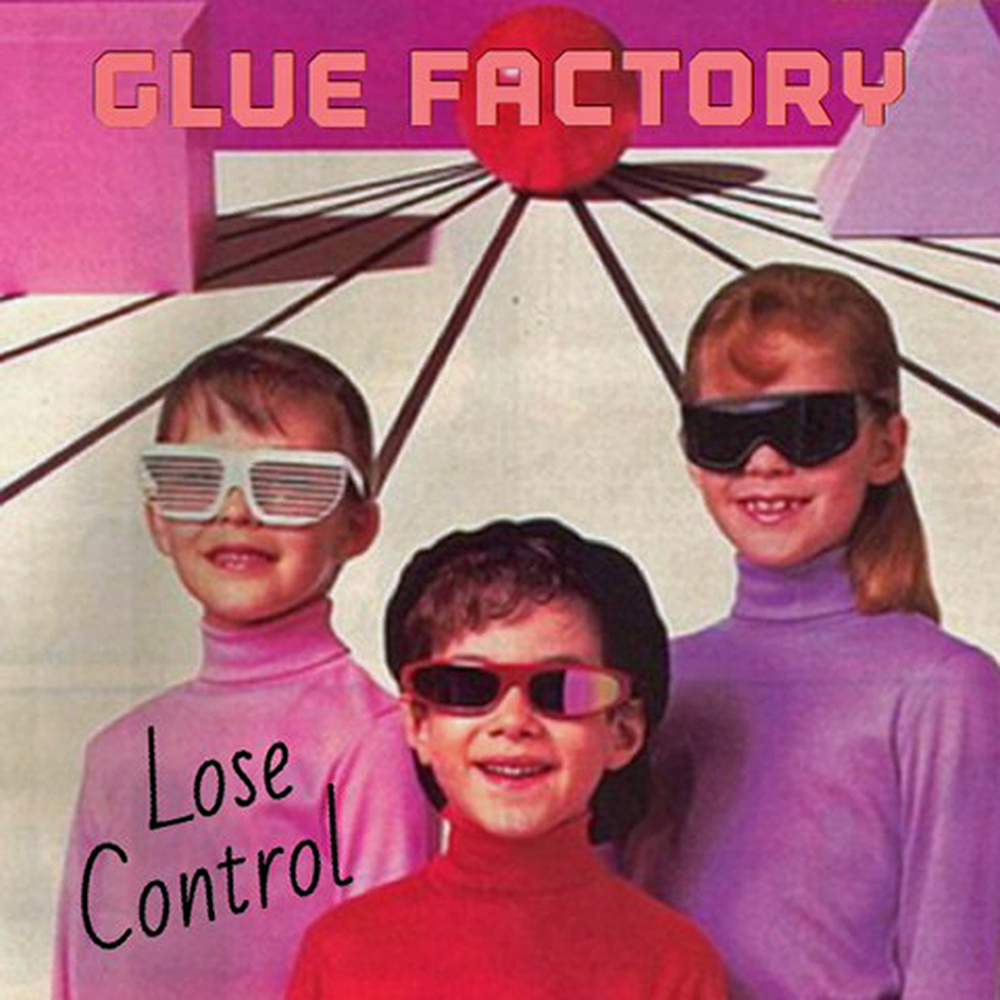 Glue Factory
From the garage to the basement, Glue Factory (a nod to The Black Keys’ Rubber Factory perhaps?) provides a DIY sound reminiscent of those early days of DC rock. Though the band doesn’t have a punk pace, it’s imagery and lyrics aren’t much dissimilar from that very aesthetic. In their two EPs from 2019, The Unsinkable Molly Brown and Lose Control, the group seems to be drawing influence from some 1980s rock vibes. Unafraid to tinker with their sound and to release it to the masses, I’d expect a ton more product from Glue Factory in the coming years. For more Glue Factory, visit www.gluefactory.bandcamp.com. Mystery Friends
Mystery Friend’s debut record Past & Future Self came out this past May. The four-piece band uses the album as a vehicle to explore relationships with themselves and with others, and to get listeners off their feet and dancing. They’re on a self-described “mission to bring analog dance rock into the digital age,” and are doing a damn good job of it. If you want to see it in action, mark your calendars now – they’ll be in flesh waiting to play their new jams for you as they take the stage at Songbyrd on Friday, December 6. Visit www.mysteryfriendsmusic.com for more, and www.songbyrddc.com for tickets to their December 6 show. 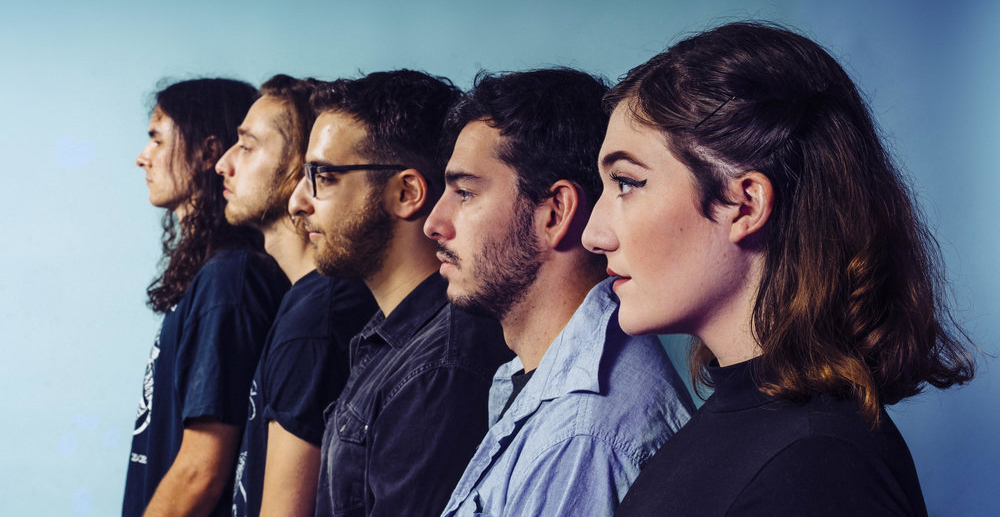 Nah.
My editor probably thinks I’m being a petulant child typing Nah. where a band’s name is supposed to go, but it is, in fact, a DC band. The five-person indie group with the most millennial name actually began with probably the most noble mission a band has ever had: to use music as a mechanism for people to be open about the variety of complications that come with mental health, and the discussions necessary for healing. While the subject matter is serious, it can also be silly and petty. Most importantly, the band has provided an open outlet, whether it be for themselves or their followers, and it all sounds pretty good. So, while you’re chanting, “Nah, nah, nah” at their next local show, what you really mean is “Yah, yah, yah.” For more Nah., visit www.nah.band. 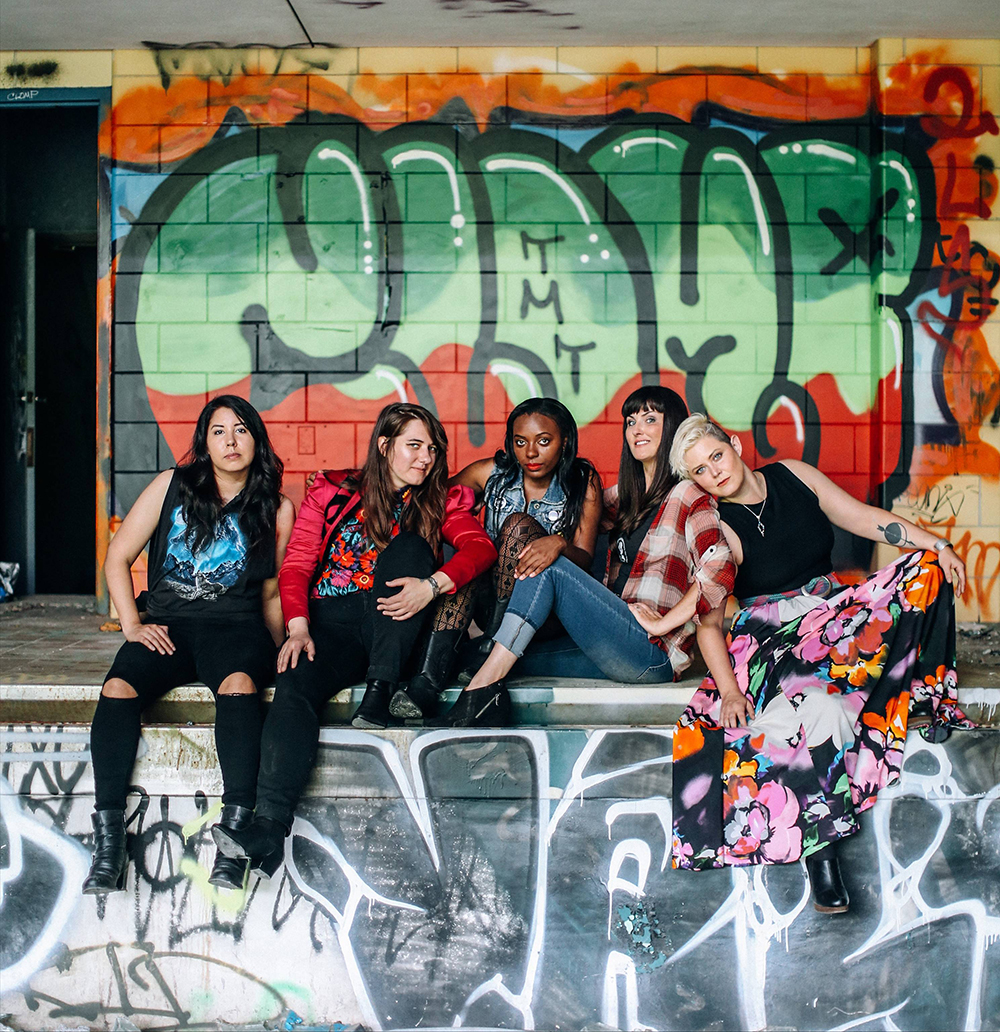 The OSYX
If you’re ever feeling discouraged about the representation of women, nonbinary and transgender people in the music world, The OSYX will give you hope for better things to come. The local five-piece established This Could Go Boom!, a label to showcase those voices and give them access to resources that may not otherwise be as easily accessible to them. Outside of their own advocacy and support, the band’s own brand of indie rock is celebratory itself. The five women who make up the band are musical forces separately, and altogether make up an indelible powerhouse. Listen on www.theosyx.bandcamp.com and learn more at www.thiscouldgoboom.com. 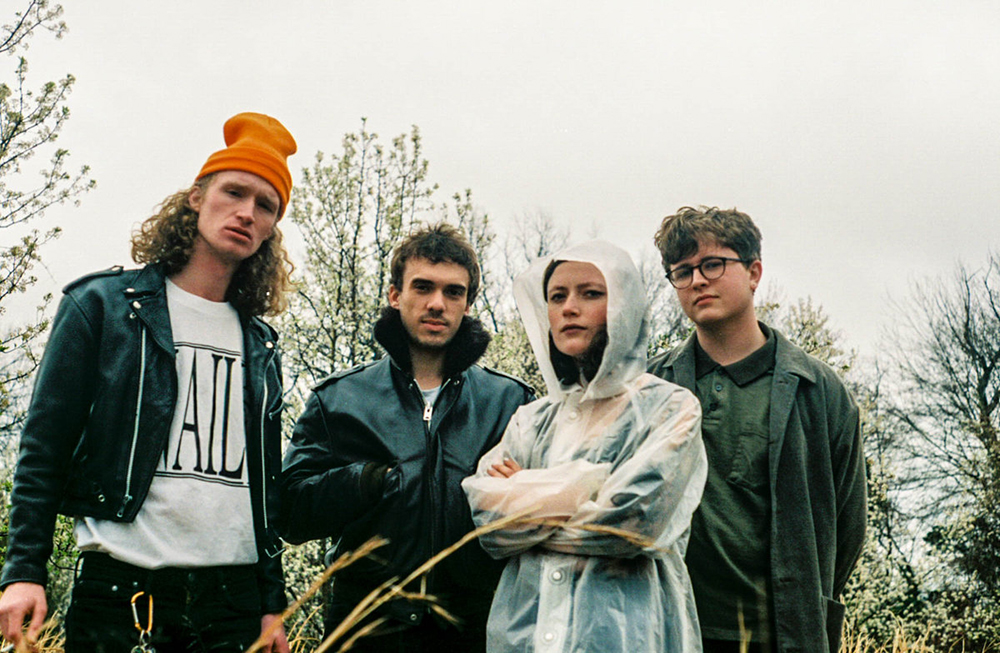 Saturday Night
Who the hell doesn’t enjoy a Saturday night? It’s not a stretch to say that this might be the single most likeable band name in the history of music, perhaps only rivaled by something like Yawning Kittens (I have no idea if this an actual band, if so, congrats on your random name drop). DC’s Saturday Night is an indie rock band with a hint of power pop. However, the true beauty in this band is their use of vocals, as guitarist Cash Langdon and keyboardist Nora Button provide a melodic banter in perfect harmony. Also, I really like them because they use the word “alien” in their bio on Bandcamp. For more Saturday Night, visit www.saturdaynight.bandcamp.com. The Shmoods
More of a collective than a band or group, The Shmoods, formerly known as the DMV Hip-Hop Orchestra, are a large collection of musicians playing everything from string instruments to wind and brass. With a focus on hip-hop culture and how that sound is conveyed through traditional orchestral instrumentation it’s possible seeing this group live is one of the more authentic musical experiences one can encounter in the capital. The orchestra has already played venues like the Kennedy Center and been mentioned in The Washington Post, so they’re on the fast track to accomplishing local celebrity. The only catch with The Shmoods is there isn’t a ton of their music online, which means you’ll have to pay close attention to their calendar in order to hear the hip-hop magic. For more on The Shmoods, visit www.dmvhho.com. Sneaks
Sneaks’ music sounds like abstract art looks, which is not to say that it isn’t a pleasurable listening experience. Never one to lack energy, Sneaks can seamlessly bounce from singing to talking to chanting to singing to rapping, all at once and within the same song. Her latest album Highway Hypnosis provides a fast track to her soul at about 80 miles per hour, and on the rare moments it slows down and allows you to catch your breath, the halt can be abrupt. Though you can add her to your Spotify playlists and listen to her on a Metro commute, the true allure of her work is in the live show. For more on Sneaks, visit www.sneaks.bandcamp.com. With a sound that seems equal parts informed by the spirit of DC punk and the scuzzy garage rock sensibilities of West Coast garage, Teen Mortgage has an uncanny ability to produce powerful, danceable rock with just two members at the helm. With a new EP released earlier this year, they’ve kept schedules booked this year with an east coast tour circuit and frequently pop up alongside likeminded national acts stopping through the District like Bass Drum of Death and Surf Curse, winning over new listeners with their high-energy sound and impressive musical ability. Follow @teen_mortgage on Instagram for more.